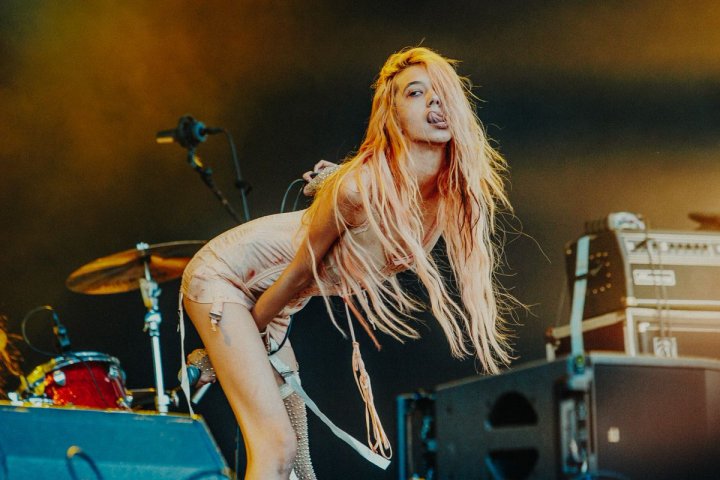 Heavy metal rock music developed in the late 60s/early 70s and continues to live on through the 2010s. Within rock music, women seem to be severely underrepresented and underrated. The following women deserve to be recognized for how well they shine, and truly deserve a standing ovation. The 2010s was a great decade for female rockstars. These ladies are strong, powerful, independent, and masterful. Don’t mess with them!

Taylor Momsen (of The Pretty Reckless)

Taylor Momsen gained fame from her role in the TV show Gossip Girl. Vocally talented, she could have taken the path of the classic actress-turned-popstar, but instead chose the path of hardcore heavy metal. In 2010, she formed the band The Pretty Reckless and debuted “Make Me Wanna Die.” Her voice is mature and raw; it does not rely on auto-tune or illusionary tricks. Her music is both aggressive and vulnerable.

The rock band Paramore formed in the 2000s, peaking in the early 2010s with hits such as “Still Into You” and “Ain’t It Fun.” Hayley Williams is a passionate woman with a bleeding heart. Through her music, she is completely transparent and honest about her true feelings. She never holds back.

Former pop-punk solo artist of the mid 2000s, Skye Sweetnam’s “Noise From The Basement” was one of my favorite albums growing up. In 2011, Sweetnam formed the screamo band Sumo Cyco, releasing their first debut album in 2014. Sweetnam is extremely creative and playful with her music. She is always thinking outside of the box and brainstorming new artistic projects — an active imagination with a strong vision.

Sky Ferreira released her debut album “Night Time, My Time” in the mid 2010s. Her heavy metal sound is accompanied by influences from 80s synth-pop, 90s grunge, and a touch of indie. Themes of her music include anger, melancholiness, brattiness, sassiness, sarcasm, and pessimism — focusing on the polarity of romance vs. individuality & freedom.

The rock band Starcrawler, formed in 2015, has a charming nostalgic vibe to it. Critics describe the band as, “Blending the sludgy, doom-laden riffs of Black Sabbath with the urgent pop-punk of The Runaways, the young LA band Starcrawler are a group whose entire DNA seems linked to the 1970s.” Arrow de Wilde is absolutely wild! Her attitude is fierce, and it shows!

Maria Brink (of In This Moment)

In This Moment was formed in the mid-2000s and has been releasing music through the 2010s. Their sound is gothic, alternative, and industrial. Maria Brink has been through a lot: once a teen mom who helped her mother battle with drug addiction. She is a vegetarian and animal rights activist.

Chibi (of The Birthday Massacre)

The Birthday Massacre is a gothic rock band that formed in ’99, becoming progressively more electronic through the 2010s. Their mid-2010 release of “Superstition” is my favorite album of theirs. Their music has a cute & creepy vibe, heavily influenced by an 80s new wave sound. Chibi has a compelling aura of both sugary innocence and sinister darkness.

Sharon den Adel (of Within Temptation)

Within Temptation was formed back in 1996 but still remains active to this day, just releasing the album “Resist” in 2019. Their music is best described as gothic rock and symphonic metal, with a hint of celtic influence. Sharon den Adel has an incredibly powerful voice. A skilled lyricist, she has a talent for taking complex feelings and turning them into catchy songs.

There are so many others! Let me know who I missed in the comments!