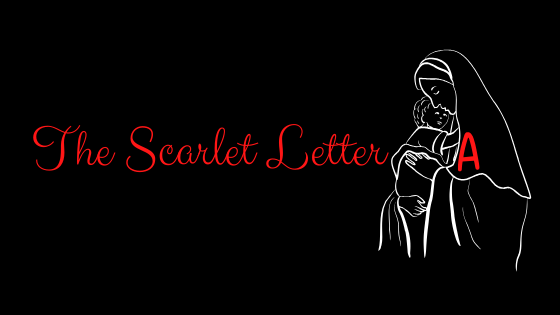 “No man, for any considerable period, can wear one face to himself and another to the multitude, without finally getting bewildered as to which may be the true.”

Hello, my name is Hester Prynne.

I have a story to tell. The scarlet letter “A” that I bare on my chest speaks for itself. What was intended to be a symbol of sin and punishment, has transformed into a symbol of strength.

During the lonely days when my husband traveled far on a quest to satisfy his thirst for knowledge, I found myself tangled in a love affair with my minister. God was always watching. And perhaps He had forgiven me, for sending me the miracle of life.

The people did not forgive me, however. I was locked away until the birth of my child, Pearl, and then stranded to live a life of seclusion from society. The dirty looks, the judgement, the whispers… as much as I knew I deserved it, the suffering was unbearable. No one spoke to me. The bright scarlet letter “A” had haunted me.

My child was the one thing that no one could ever take away from me. They could outcast me, they could strip me of my dignity, but they could never take away my little Pearl. They called her a demon child, an incarnation of Satan. She hissed at the strangers who casted judgement upon us. And still, I knew she had come from thy heavenly Father. As mischievous as this wild one was, there was something inside of her that proved to be angelic.

It was painful to watch the minister from a distance continue living his holy life in peace. My secrecy protected him… I carried the entire weight of both of our sins… or so it seemed. I had been yet to learn that he had carved a letter “A” on his chest that revealed scarlet red blood. Clutching his hand against his heart became a reflex. He was in fact a tortured soul. It turns out, I wore my sorrows on the outside while he wore them on the inside.

Time went on and I proved myself to be noble. I learned that the human heart is forgiving, and people would generally rather choose love over hatred. The nasty gossip gradually turned into positive comments. Some said my “A” should stand for “Able,” representing how I am able to prove myself. However, the minister was still left to suffer in silence.

Seven years had gone by before I met with the minister in the woods and we discussed everything. It was then, when I revealed to him that his trusted physician was actually my vengeful husband in disguise. He was yet another tortured soul, yet sin was heaviest in his heart, because he was seeking revenge. And so the minister and I made a plan to run away together. He would know his daughter, our little Pearl. The three of us could finally escape our misery and start over. We saw a scarlet red “A” appear in the sky, as if it was a direct message from God Himself!

The whole thing felt like a dream, that night in the woods. In a few days he would deliver his final speech as a minister and then reveal himself to the world. And so, he gave the most inspiring speech you could have ever imagined. The three of us held hands for everyone to see. There was such strong, intense, life-consuming energy in that moment. So powerful that it took my lover’s life away. In his final moment, he thanked God for the chance to make his peace before reaching Heaven’s gate.

I recently reread “The Scarlet Letter” by Nathaniel Hawthorne. I first read it in high school English class and for some reason I have always felt really drawn to the story. I am typically not a huge fan of the classics, but this one stands out to me. I like the paradox of the nature of Hester Prynne’s character: how she is nonconformist yet submissive at the same time. The way she handles her punishment is graceful. She is strong enough to refuse revealing who Pearl’s father is, and still she dutifully wears her “A” without bargaining or self-pity. I think what amazes me most is how a piece of writing from the 1800s, based on the 1600s, can still be relatable today. It’s universal. It really says so much about society and the nature of heart.

One thought on “The Scarlet Letter”